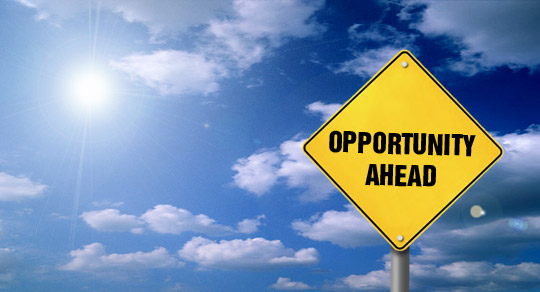 As everyone would agree, this time of year can be especially taxing (pun intended). This year, however, we have the added worries of war in the mid-east and leaking radiation in Japan. Meanwhile, governments everywhere are wrestling with how to pay for their growing debt.

No wonder news about Charlie Sheen gets so much attention. At times like these, the world needs a clown.

If you look for it, however, there's plenty of good news out there, too. It may not be as dramatic an event or as newsworthy as a tsunami, but there is a wave of optimism rolling in to shore in the U.S., Canada and Latin America. Non-farm employment in the U.S. was up 216,000 jobs in March. Auto sales were also up: GM up 9.6%, Ford up 16% and Chrysler up 31%.

Meanwhile, back at Roland DGA, we're excited about our latest new product offerings being debuted at ISA later this month. Sales are rolling along nicely and not just for us. It's especially gratifying to see ink and media sales ramping up and to know that our customers are printing more signs, banners, vehicle graphics, labels, packaging prototypes and heat transfers. That's a good sign of an improving economy.

I don't wish to diminish the pain that still exists. However, if you consider that less than two years ago, the economy was in the ditch, it feels good to be back on the road — even if we're still motoring along in first gear. So put the pedal to the metal. There's a lot of open road ahead.

Patrick Kersey is Global Public Relations Director at Roland DGA. His professional background includes over 35 years in marketing both for advertising agencies and on the client side. He is also a published author.