Jukka Korhonen (Loadus) from Jyväskylä, Finland is a master of digital design, including CAD, CG artwork, game design and photography. He is one of those rare individuals who’s never satisfied with just one type of creative endeavor and actively seeks out new technology, production methods and media. Roland first discovered his designs after we saw an online video he created of a brilliantly rendered AT-AT from Star Wars being plotted out with an “old school” Roland DXY-1150A machine.

It was a treat for us to see this vintage Roland DXY-1150A machine get a second life, creating this awesome Star Wars blueprint of an AT-AT

We asked him how this all came about and Loadus said that he’d first experienced Roland plotting technology back in 1991 when he was learning basic CAD design and never forgot how amazing it was. Even though he was initially modeling and plotting simple bolts and nuts, he never forgot the magical way the machine moved and operated, and he wanted to rediscover it. Loadus got lucky and found a retailer that had a Roland DXY-1150A in an unopened box in Germany. 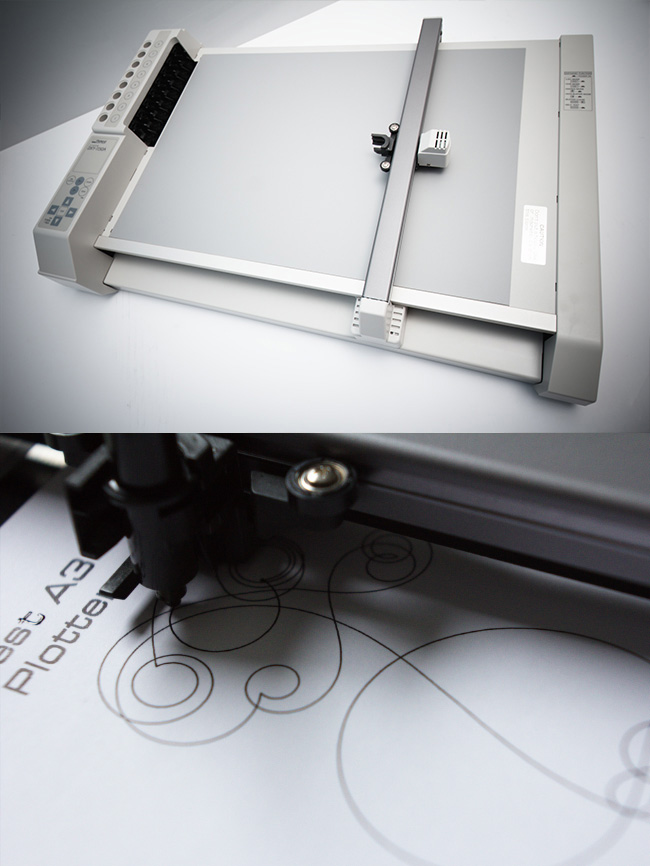 A self-confessed “tech nerd”, Loadus was able to hack the DXY machine that was cutting-edge technology in the 90’s, but needed to be adapted to communicate with a modern computer interface. After modifying the serial port hardware of the DXY, Loadus wrote a new piece of code for pre-processing the HPGL data to it send through the port and enable the DXY to plot his designs. He also physically cut-up one of the pens that came with the original machine and turned it into a holster for holding technical pens, ball-points or even pencils. Once it got plotting, Loadus was surprised at results.

“This is a good example of quality engineering. The device is way over 20 years old, but the communication method is still solid today – the plotter happily read the data and drew the shapes. Everything worked out-of-the-box, I didn’t have to change anything from the factory settings.” 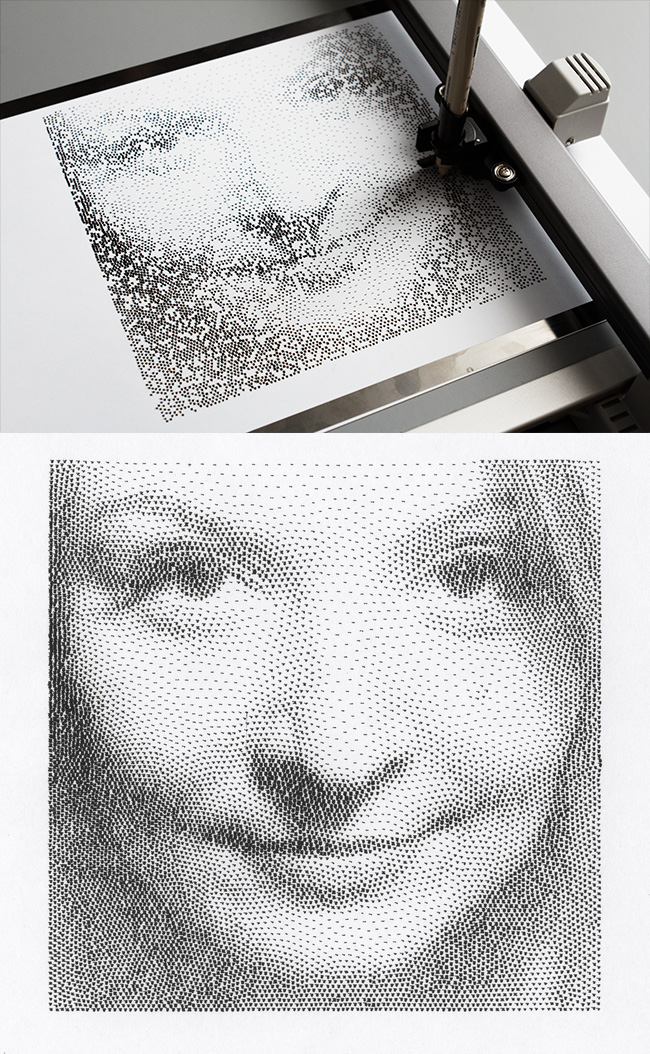 Loadus’ latest plotter creation – after drawing this sublimely beautiful portrait in the Inkscape program, he exported it to a HPGL program he wrote for pre-processing and then sent it to the plotter.

Loadus explained to us that he’s a self-taught expert and has picked up most of his technical skills over the years through a need to “tinker” with cool things. Thanks to his exceptional skills in digital design and development know-how, he’s recently been in heavy demand as a mobile game app designer. However, he still finds time to evolve his art by learning new skills and incorporating them into his own works.

“I love experimenting. If I see something that might work, I keep tweaking it until something emerges from it that I can utilize as artwork. My artwork seems to be very random – different genres and techniques – but there is one thing in common in each one of them. There was something that I didn’t know how to do and I learned how to do it.” 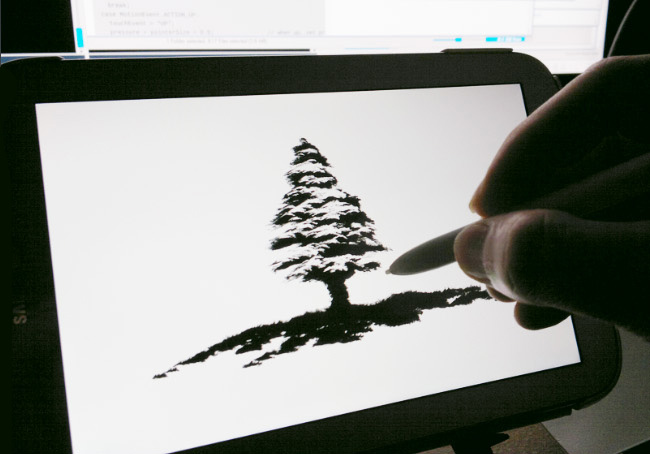 As well as producing games and graphics, Loadus has developed his own Android app for drawing and later rendering at print-size – the app is not only technically brilliant, but the brushes and art he’s created for it are supercool.

When asked what Loadus has in-store for the future, he told us that he has more mobile games in the works and a couple of art apps that he’s planning. He also has further plans for the Roland DXY-1150A that involves combining weird inks and mediums to see how far he can push it. He even has a plotter machine design of his own that he’s currently conceptualizing that would be semi-portable and wall-mounted in which the user can draw directly on the wall or mount it directly over almost any surface.

It was exciting to speak to Loadus who is so full of new ideas and exhibits a true artistic spirit to simply try new things, work with new media and push his abilities. As a closing message to other Roland users, many of whom are tinkerers and design trendsetters themselves, Loadus said:

“It’s important to actively seek out new technology and new production methods. I encourage every person to just try out things – to really mess around.”